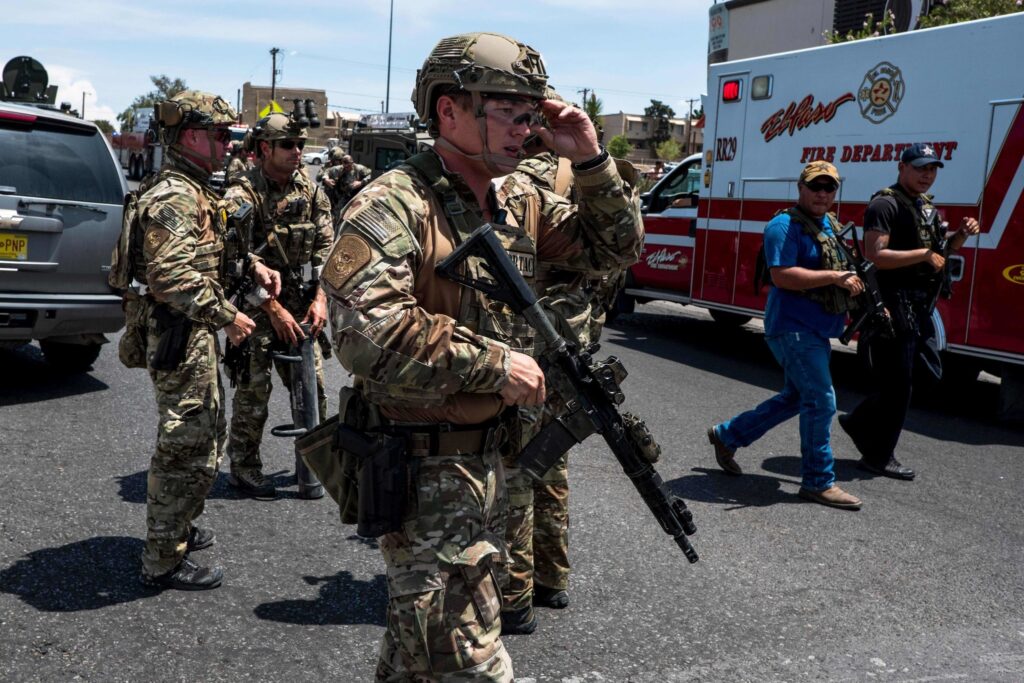 Law enforcement officers from multiple agencies were brought in to ensure the peace at El Paso County administration buildings and the Chico’s Tacos on Alameda.

Despite an impassioned closing argument before the Ninth Circuit Judges, the federal court agreed that roster changes prior to the start of the season without Competition Committee review and approval did not constitute fraud, misrepresentation, or breach of fiduciary duty.

An Injured Reserved (IR) spot was added to every team’s roster, a unilateral action taken by the Commissioner prior to the 2020 Fantasy Football Season.  The El Paso Roughnecks (EPRs) argued that there was not sufficient official notification of the rule change or enough effort made to explore and explain the impact of these changes.

In e-mail exchanges obtained, it was confirmed that the only solicitation of opinion on an extra IR slot was done so informally through a social media messaging application.  The reasoning offered was to diminish the effects on professional sports by the COVID-19 pandemic that began in March 2020.

Attorneys for the El Paso Roughnecks claimed that the responses by a few team owners did not establish quorum, even if one of those owners was Nico Lopez.  Additionally, counsel for the team stated damages to prestige through the “stain of the ‘Bromo’” due to actions falling under racketeering as defined in under 18 U.S. Code § 1084, “Transmission of wagering information,” were sustained at the time when the complaint was filed.

On this point, the Court ruled any owners who may have been provided knowledge about the impact of an additional IR slot did not hold a significant competitive advantage and thus did not constitute “racketeering.”

It agreed that the Commissioner in his role does have a fiduciary duty to the league owners.  The promotion of the overall well-being of the league includes ensuring a fair competitive environment for the teams but Senior Circuit Judge Dorothy W. Nelson ruled Commissioner Kadubec did not breach that duty for personal gain as the balance of competition was not altered.  All teams were playing under the same rules, Commissioner Kadubec’s team included.

But there was a significant conflict of interest as a change in rules initiated by the Commisioner without Competition Committee approval or sufficient notice according to the Court.  “The precedent of rule changes and related modifications should be thoroughly reviewed by the owners” per a concurring opinion by Circuit Judge Paul J. Watford.

An arbitrator in the case offered that the league can take a vote of no confidence in the Commissioner as adequate remedy.  The Ninth Circuit Court relied on that in its final ruling in sustaining the lower court’s decision.