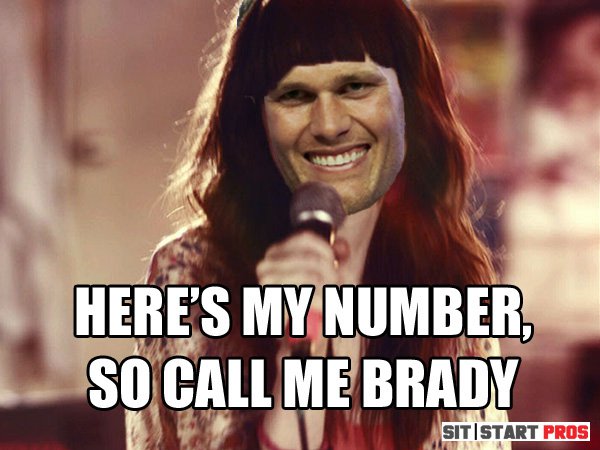 The newly-minted Cuidad Juarez Gafe (“The Blunder of the City of Jaurez” for non-Spanish speakers) head to the Big Acorn to face the Blind Squirrels in what appears to be a battle for the bottom.  Lots of pride at stake and not much else.  Several things have to go right for the Squirrels to stay ahead of the Blunders in the standings.  Is this Congo Natty’s chance to get back to the jungle?

This matchup is going to be a lot closer than people suspect.  Or it won’t.  We’ll either have a blowout or a tight one but either way Ben “Daddy Newsie” Leon stays in first with a win.  Despite being on home ground at St. Helen of the Blessed Shroud Orphanage, Sister Mary Stigmata is going to have to have her ruler ready to discipline her team.  Without Aaron Jones, the Blues Brothers will not be able to overcome the bull that is “The Delivery Route”. 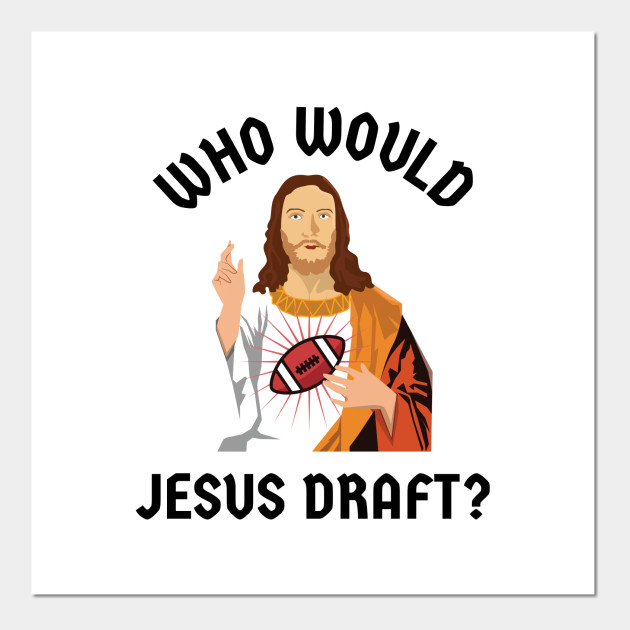 Fresh off a near loss, Just Win is primed to disappoint the home crowd just like the effing Vegas Raiders last weekend.  But we’re not bitter.  We’re just going to hope we’re wrong in our spread and that Jesus is into murder despite all accounts suggesting he turns the other cheek as a pacifist.  Well, I’d like to beat something with someone else’ belt after JWB eeked out a win last week against the Roughnecks.  Anyway, I don’t think there’s enough in the donation basket for SBJ to get past the Fighting Joes. 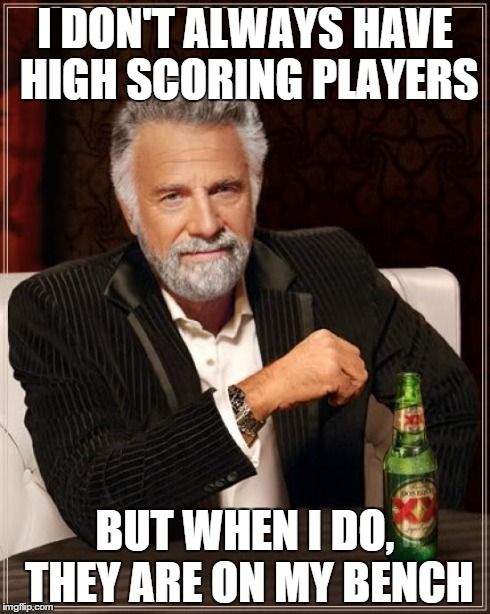 “The Buffet” is giving out free meals because they don’t have any beef, ligaments, hamstrings, or unseparated shoulders.  Injuries have Black Plague’d Big Lunch and the Mokes are going to pounce.  Taco Bell is offering a free chalupa for every time Patrick Mahomies (Hasbro Collection out soon as soon as the ink is dry on the endorsement contract) drops a TD score with a receiver being covered by Trevon Diggs in the KC / Dallas game.  Be ready to eat.  There’s also a special interest group on Facebook that Miki shares with her fantasy QB, “Children of a Pat”.  It’s a jumping group and they post pics with their fathers from what’s being reported.

Fools are going to get lit up in this matchup … but not on the field.  There will be widespread disappointment by both teams as their players will fail to meet most of their projections.  Coaches will be berating, haters will be hating.  Assuming most of their starters play, it’ll be a war of attrition in Smash Land for both teams.  This game was moved to the Sunday night prime time slot because of playoff implications.  The heavy reliance on the Packers offense, with A-A-novax suffering an oblique injury could cost the Smashies.  Niners R 90’s R&B have a more predictable lineup and should edge this one out.

Herb’s Forest will be fertilized by the salty tears of the ‘Necks.  The crushing last minute loss for the Roughnecks last week will have a carryover effect and there isn’t much they can do about it.  Gambling on the Bills WRs has got them nothing but disappointment so they’ll try to find a new way to let themselves down.  It’s going to be a cakewalk for the Kine and they will smoke phat bluntz in celebration while they’ll only have cheap cigarillos in El Paso after Monday night.