Gabrielle Reeve’s family had been mining Gallente space for several generations.  She was assigned the Alillere system by her father and CEO of Reeve Industries.  Her brother and sisters were healthy distances away from each other and identically equidistant from their parents’ hearts. 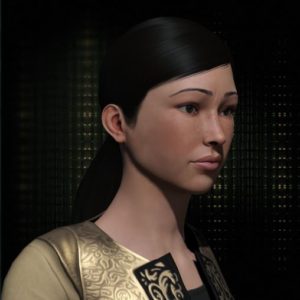 But Gabby, of all the siblings, had been handed the prize assignment by virtue of being the eldest.   Alillere was a beautiful system with a diverse range of moons, an enthralling view of the Gallente nebula in the Verge constellation, and a sea of asteroid belts that furnished the incomes and profits of hundreds of mining corporations.

Because Reeve Industries operated only in high security Gallente space, Gabby had the luxury of letting her attention lapse into more enjoyable routines.  As she accurately guided mining lasers mounted on her Retriever, a thin-skinned boat of a ship affectionately named “Big Mouth Bernadette,” Gabby sang to her drones and watched holoreels produced within the Federation.  When wine clouded her judgment, she placed substantial bets on gravball matches. 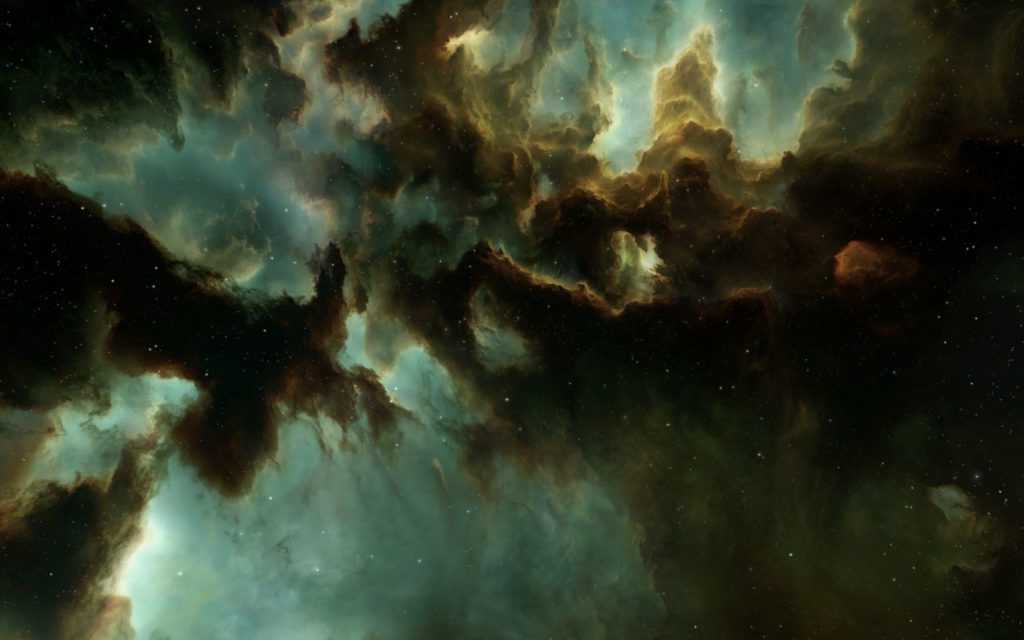 Typical days were uneventful, filled with the sounds of lasers breaking up chunks of asteroids and the crash of ore against ship hulls.  Despite what they say, space is noisy.

Today, Gabby gently guided her ship between two massive plagioclase asteroids and noticed a couple of Serpentis scouts on the peripheral edge of the belt after a few cycles.  Her sensor automatons would have sent alerts to her implants and to the bioware on her wrists that make a slight mechanical tick.  But because Gabby habitually checked her directional scanner, she was spared nagging subsonic pulses and gentle thrums.

Reeve watched a Serpentis scout buzz her ship without firing and recalled her mining drones.  Her light combat drones, Hobgoblin I’s, were deployed the nanosecond the miners docked.  Gabby pulled her raven-black, long hair into a ponytail and pursed her lips in a creased frown.

Her comms lit up shortly after with, “We’re not wantin’ any troubs,” in a masked, digital voice.

“You’ll get it if you come that close to my ship again.”

“Tough talk, love.  But fer sure, jus’ keep your space.”  The Serpentis scout killed the comm link and sped away.

Gabby kept her eye on the scout and followed its trajectory to a Harvestor off in the distance, collecting small chunks of floating ore as quickly as possible.  She checked her scanner again and stared as she saw nothing to indicate the Serpentis harvester’s presence.

A little unnerved, Gabby sat looking at the obvious profile of a modified ORE (Outer Ring Excavation) ship, drumming her fingers on the scanner.  It was troubling for a few reasons because it meant either the Serpentis were able to beat the standard sensors she had installed on all her mining vessels or that the Harvestors weren’t really there.  And if either were true, why were they using this technology to pick out small bits of resources from a high security part of New Eden, or make it appear so?

Before Gabby could think too hard on it, her comms lit up again, but with the live image of her youngest sister, January.

A beautiful, small face with the most popular hairstyle in the Gallente Federation, and all of her mother’s features, filled the frame of Gabby’s dedicated comm screen.

January Reeve blinked intentionally a few times and tilted her head slightly to the right.

“Father wants you back in Dodixie.  He won’t say why,” was all January said in her quiet, even voice.  And the screen went dark.